In 2017, Republic of Moldova managed to become one of the top walnut producing countries of the world. The leaders of this top are China, the EU, USA, Ukraine, Chile and Turkey.

According to worldatlas.com, the leaders confirmed their position. Therefore, China is the largest producer of walnuts in the world. In 2016-2017 season, more than 1.06 million tons were produced in China (50% of the world walnuts production). A Chinese consumes an average of 1.8 kg of nuts per year. Another major producer is the United States, which is the second largest walnuts grower in the world. They provide almost a third of walnuts on the world market. 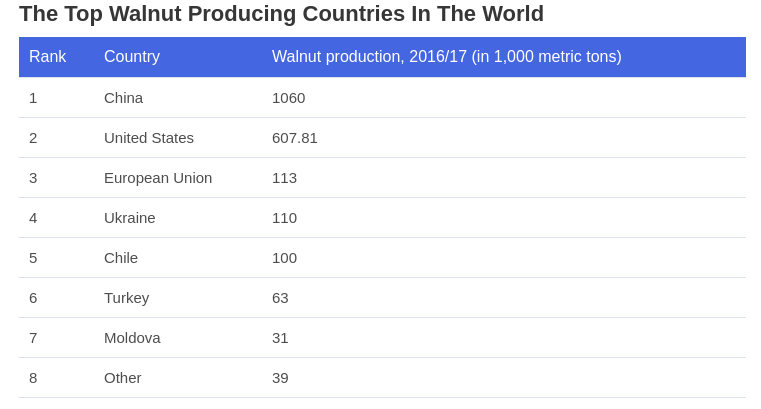 Our country ranked 7th in this top, due to the fact that environmental factors in the Republic of Moldova are favorable for the growth and development of this culture.